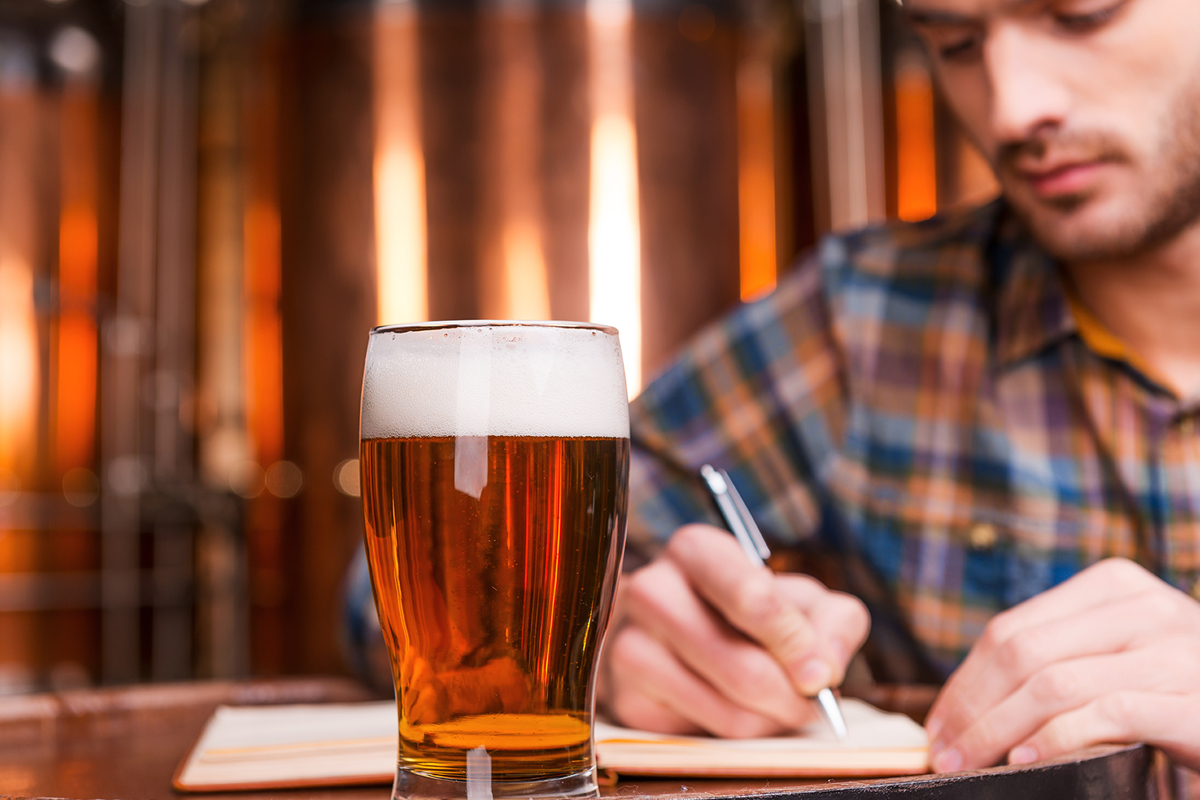 “Language is an incomplete tool providing a limited choice of words,” Morten Meilgaard, the guy who wrote the “book” on Beer Flavor Terminology, admits in an essay in Evaluating Beer (Brewers Publications).

However mediocre language is when it comes to representing what we actually experience, it’s our job as judges to do our best to relay what we’re tasting in concise, relatable terms. We can accomplish this by learning ways to strengthen our vocabulary. The more measly words we know and the more we practice, the better judges we can become.

Good Judging Is All About Respect

Beer evaluation isn’t a skill we’re born with; getting good at expressing flavor with words requires training. As AHA founder and author Charlie Papazian says in Evaluating Beer, “it’s a rough job but someone has to do it.” Taking the time to train your palate helps to cultivate a common language and bridge the gap between what a taster perceives and the intent of the brewer.

BJCP Education Director Kristen England says that the point of beer vocabulary, especially for emerging styles, is to “have a common language for communication … If I order a cheeseburger and a ham sandwich shows up, no matter how delicious that ham sammie is, it’s not a cheeseburger.”

Why is it important to be as descriptive as possible when judging beer?

Cofounder of The Seattle Beer School Shawna Cormier shares her process: “Writing down everything from start to finish and hitting every element (aroma, appearance, taste, mouthfeel, overall experience) helps the brewer know how the recipe translates and what they may (or may not) need to work on. It’s really the only way to give honest feedback and fully experience a beer.”

Advanced Cicerone and National BJCP Judge Jen Blair warns that “If your descriptions are too vague, such as ‘malty’ or ‘fruity,’ you aren’t communicating information that is useful or actionable.” No one wants to score a B+ on an exam without knowing how they could’ve gotten an A.

In other words, according to the good ol’ BJCP Study Guide: “Judges should continually improve their abilities to detect flavors that are in beer, their abilities to use appropriate words to describe those perceptions, and their knowledge of the sources of those flavors so that brewers can be provided with accurate and informative feedback concerning how to improve recipes and brewing procedures.”

Stop to Smell the Flowers

Most of us don’t struggle with the fact that we should continually strive to be good judges (most of us). The hard part is accomplishing it. Thankfully, beer evaluation resources abound.

If you want a hyper-detailed, step-by-step system for evaluation, try Rich Higgins’ Deductive Beer Tasting Method. If you’re looking for a simpler, tried-and-true guideline, look no further than the BJCP’s 7 Steps to Great Beer Judging. Learn at your own pace with Jen Blair’s BJCP Training Course. Or go the dress rehearsal route and learn How to Write a Master Level Scoresheet.

What are ways we can increase our descriptive abilities & sensory vocabulary?

Kristen England recommends that you “eat and drink as many different things as possible across the globe,” and when describing beer, “use the words [you] know and have lived with forever” instead of trying to remember chemical compounds. A common language only works if the words are just that—common, not complex.

To Shawna Cormier, training is training. “Practice!” she says, “You can’t be expected to make a basket if you don’t practice layups.” Practicing doesn’t necessarily mean drinking all the beer. It can also look like “taking a walk and noticing the flowers around you,” smelling the herbs in your garden, and focusing on “smells, feels, and colors.”

Jen Blair finds that “Practicing mindfulness is one of the biggest keys to increasing descriptive ability. Ask yourself often: ‘What am I tasting right now? What am I perceiving?’” An actionable way to build sensory vocabulary can be “as easy as pulling some spices from your spice cabinet and smelling them while saying the spice name out loud.” She says try to “act like you’re describing your perceptions to a toddler who keeps asking ‘What’s that?’ or ‘What kind?’ to home in on your descriptions.”

The common denominator here is practice. The more experience we have with beer evaluation, the less guesswork we must perform each time we judge

No matter how often we practice, one thing we must recognize within ourselves is our own bias. And not just likes and dislikes, but even how “our own genetic makeup can affect our ability to detect or not detect certain chemical compounds’ aromas and flavors,” Papazian notes in Evaluating Beer.

How do we remain objective when judging beer?

England advises to offer “descriptive” feedback instead of “prescriptive” feedback. Meaning, don’t assume you know how diacetyl got into the beer—just let the brewer know it’s there when it shouldn’t be. From there, “it’s up to the entrant to look up how that could happen and apply it to their individual process,” he says. Judging is not a guessing game, England warns, because if you guess incorrectly once, the recipient brewer may disregard anything else you wrote—whether it was right or not.

Cormier offers sage advice that’s easier said than done: “Write what you’re experiencing, not what you think you should be experiencing.” She explains that because we “experience beer in a primal way,” the first memories or images that come to your mind are likely not helpful to the brewer. A good judge takes those memories and translates them into a shared vocabulary, which, Cormier reiterates, takes a lot of practice.

Blair tells it like it is: “Objectivity can be hard because we’re humans, not lab instruments. We have built-in and learned biases.” She says that while we may never be able to rid ourselves of these biases, that simply being aware of them “will make us more mindful judges.”

Again, don’t make any assumptions about the ingredients or processes, and don’t  give preferential treatment to styles you like! (Blair even goes as far to argue that judges should avoid judging their preferred styles because they could potentially “bring a large amount of opinion to the table on what the style ‘should’ taste like based on their personal preferences.”)

At the end of the day, it’s just beer, right? It’s also peoples’ pride and reputations and may even be their livelihood depending on the competition. Papazian recognizes that with competition judging “it’s intimidating to have that amount of responsibility” and that “we should be as responsible and careful as possible” when judging beer (Evaluating Beer).

The good news is we’re pretty much made for this. Jen Blair wants to remind you that “We all have a far greater capacity for descriptive and sensory vocabulary than we often give ourselves credit for as well as a far bigger existing vocabulary than we think we do.”

Practice, take a deep breath, and do your best. Ask yourself, “What would you want out of a scoresheet?”

Emma Schmitz is a writer, homebrewer, and certified cicerone in Truckee, California. See what she’s up to on Instagram: @wildbeerwriter