On July 5th, 2012 – one decade ago – Now Magazine, a weekly in Toronto Ontario, published a “Toronto Beer Guide”: 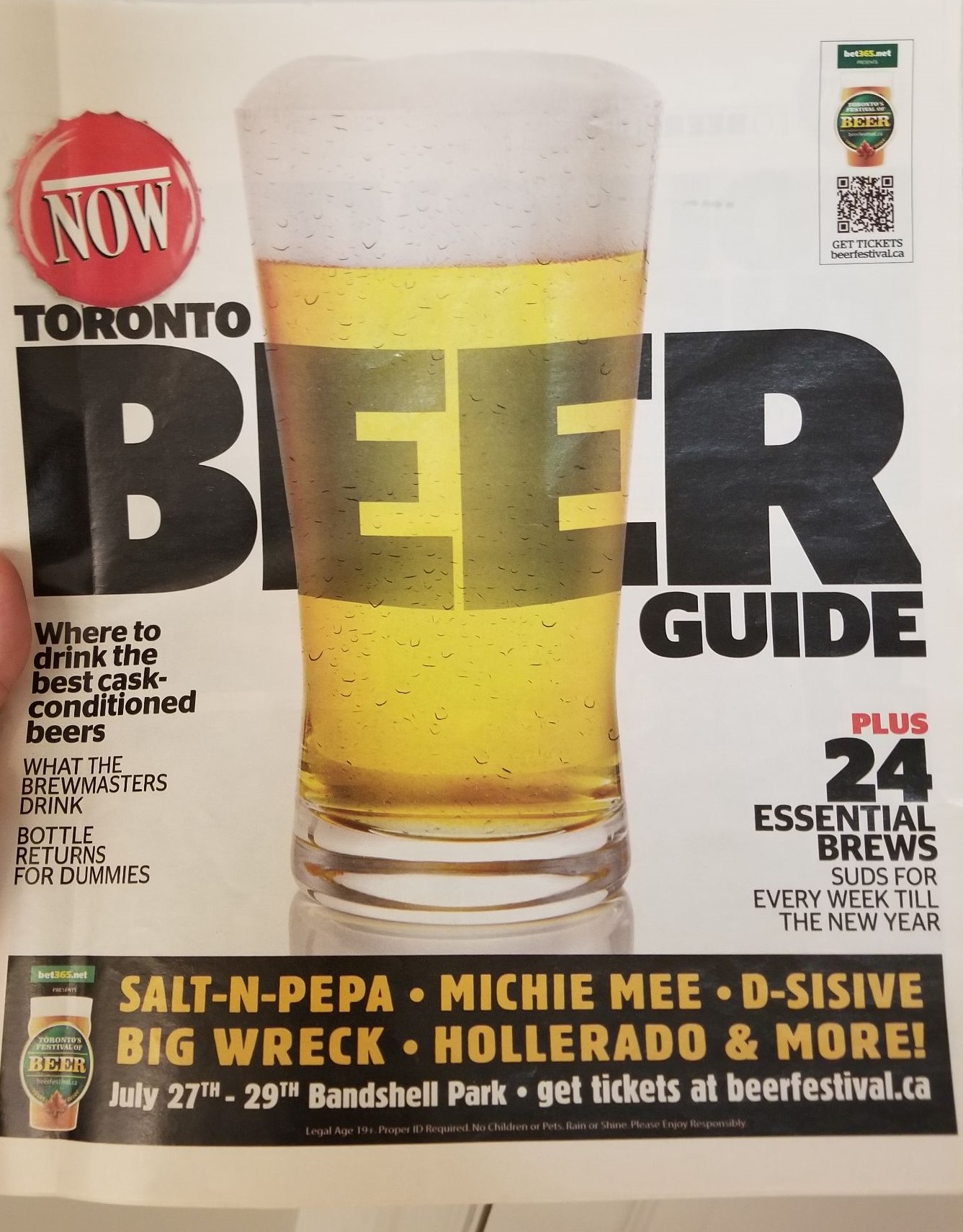 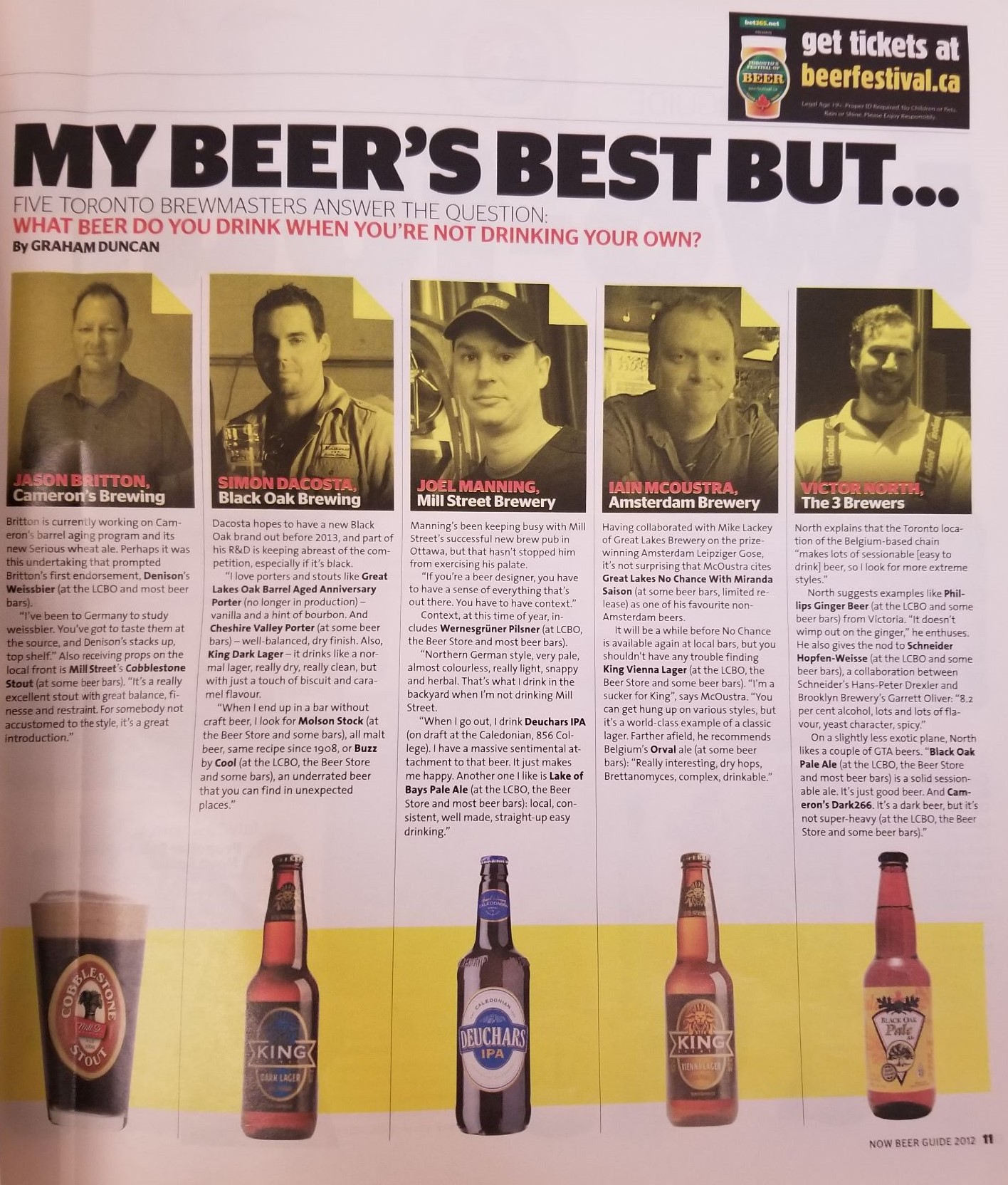 As a part of that special edition, Now asked 4 Ontario Brewmasters – and myself – to answer the question “What beer do you drink when you are not drinking your own?” The answers that were given to that question captured something of the time and place, and it’s illuminating to revisit them in our current milieu.

Amongst local offerings of once “standard styles” and rare bourbon barrel-aged one-offs, the brewers’ choices included Orval, Deuchars IPA, and Molson Stock Ale. Today, the same question offered to 5 Brewmasters in Ontario would almost certainly not result in similar answers. Indeed, many current brewers may not even be aware of these beers! Stock Ale is not the sort of beer that helped our current crop of craft brewers to fall in love with beer in the first place, Orval is now an underappreciated treasure for older fans who still know the name Brett, Deuchars is off the market – as English IPA in general has essentially sailed off the map. Instead, current brewers might be suggesting the latest new Hazy IPA from Barncat or Third Moon Brewing – a beer style that didn’t exist in 2012 (at least not in its current  form) but is wildly popular with younger beer drinkers today, and is already enshrined into the BJCP guidelines.

Hazy IPA is not alone – the current state of craft beer styles predominantly features several things that didn’t exist a decade ago; like slushy beers, lactose-sweetened and sour IPAs, fruited kettle sours, Milkshake IPAs, and the like – as well as seltzers and similar hybrid, beer-adjacent, or non-beer products that are now popular in the industry. Under the mounting pressure of these exciting, sensational – even outrageous – new American-born beer styles, our regional Canadian styles like Rousse and Ontario Pale Ale became less common.  A decade ago is a lifetime in the fast-moving craft beer world. Long enough for a young style to die.

…But that hasn’t happened. Not to Ontario Pale Ale, nor to the other unofficial Canadian Styles.

In 2012, at the time of publication for the NOW article, Ontario Pale Ale was only just under a decade old – the archetypal Tankhouse having been released by Mill Street just 9 years prior in 2003. Two years after that, Griffon Rousse would win a gold medal at the Canadian Brewing Awards in 2005. Two years after the NOW article was published, Brasserie McAuslan would launch another Rousse with their St-Ambroise Rousse in Quebec in 2014. Rousse was already 25 years old in 2012, with Les Brasseurs du Nord’s Boréale Rousse having launched the style in 1987. Ice Beer, for its part, continues chugging merrily along to this day, as does Spruce beer, although rather quieter – and having done so for much longer – as it predates the origins of Canada itself, while Ice Beer was an advent of the early 1990’s. 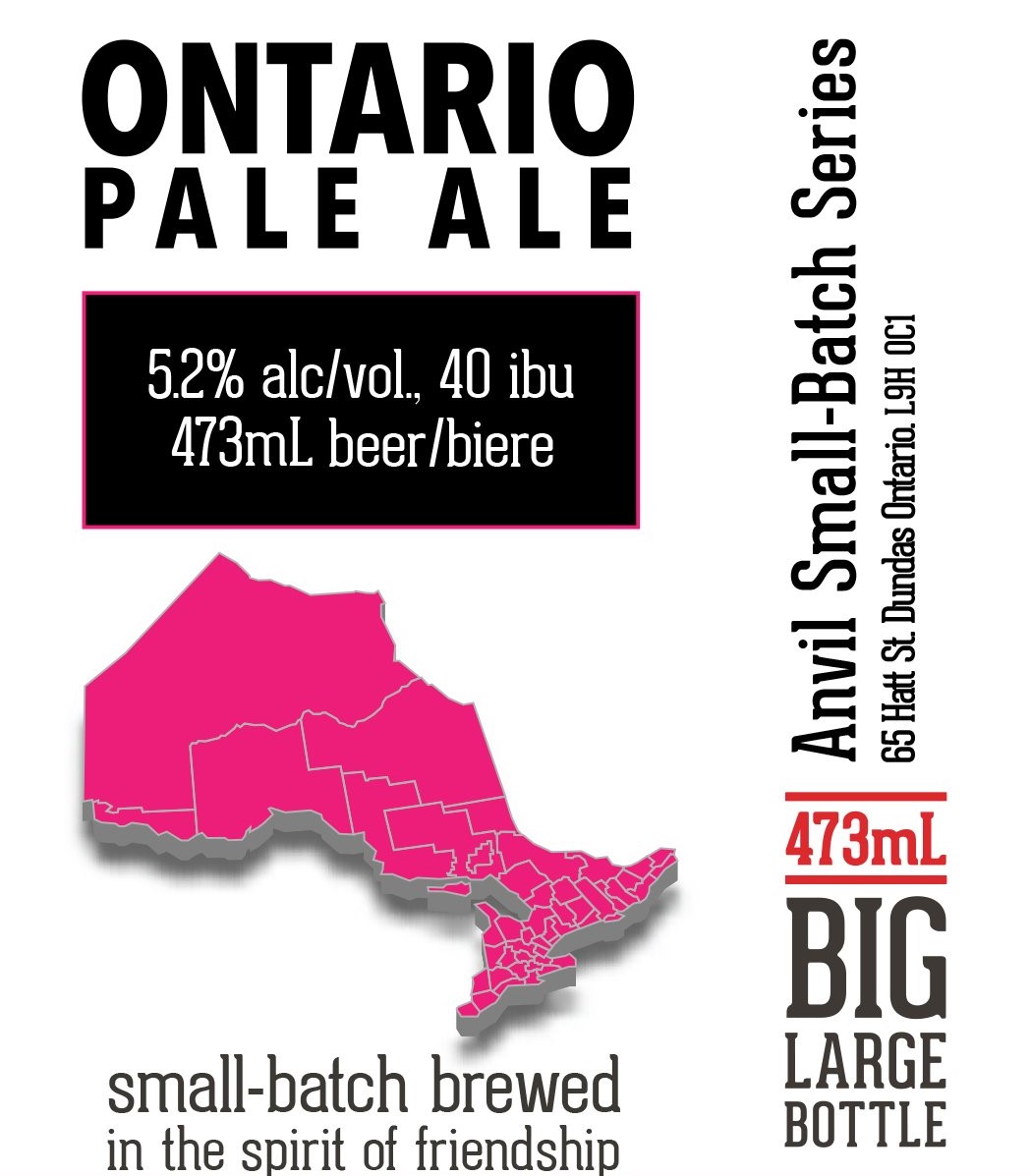 It would appear that these latest examples of beers to fly under the flag of Ontario Pale Ale, are, well, more pale. They are defined more by their use of local ingredients, than by their use of crystal malts. Ontario seems to have lost most of its crystal malt over the last decade: not just in OPA, but a great many of our APAs and IPAs have lightened up as well. Crystal & caramel malts are, for the moment, seemingly about as popular as dark Belgian Candi Sugar or Fuggles & English IPA.

But the fact that Ontario Pale Ale has changed isn’t evidence that it has died – it is proof of life.

I remain quite convinced that Ontario Pale Ale, Québécoise Rousse, and Canadian Spruce & Ice beers remain real, living things – even if, like all living things, they are subject to change. I look forward to watching them grow over the decade to come, and hope that they will see BJCP recognition before another decade is out!

Victor North is a National judge from the Northeast region, and an educator with Niagara College Canada in the Brewmaster program