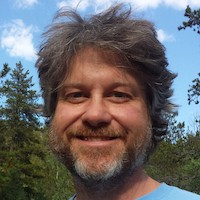 The BJCP Board has appointed Don Blake as our new Managing Exam Director (MED), effective October 1, 2021. Don replaces Sarah Bridegroom, who has served in the role since 2018. Don and Sarah will collaborate over the coming weeks to transition MED duties to Don.

Sarah took on this position with extreme dedication and an intense work ethic. She provided stability to the program during a time of transition and has done a wonderful job in the role. Please join the BJCP in thanking her for her service to the BJCP.

Don has been very active in the homebrew scene since first brewing in 1993. Over the years he has taught homebrew classes, started a homebrew club, organized competitions, and of course, joined the BJCP. Don judged his first competition in 1997, took the BJCP exam in 2008, and quickly advanced to National. He joined the grading team in 2009. After advancing to Master in 2013, Don took on the role of Associate Exam Director, and in 2018 stepped up to Exam Director.

Don has organized the National Homebrew Competition’s Denver regional site for 10 years and routinely judges at the GABF. While not thinking about beer, Don uses his Mechanical Engineering and Management skills to run a small engineering firm in Boulder, CO. where he designs and fabricates CBD processing systems.

As MED, Don will be responsible for scheduling and planning exams, recruiting and assigning graders, developing exam-related policies and processes, coordinating documentation and supporting tools, and coordinating the work of the Exam Directors and other exam staff.

Please join us in welcoming Don to his new role in the BJCP!