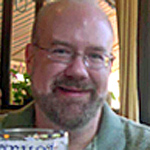 With 15 years of exemplary service as BJCP President, is it undeniable that Gordon Strong provided the organization with outstanding and distinguished service. He helped to rescue the organization from an unfortunate period of dishonest leadership and fraud, and he helped grow the program’s membership and notoriety through steady leadership that unwaveringly upheld the BJCP’s mission. His highest-in-the-organization rank of Grand Master XIV demonstrates that he served the organization in addition to his president role as a prolific judge, proctor, IT Director, mentor, and so forth. As the primary editor of the BJCP Style Guidelines, he helped to expand the depth and accuracy of the guidelines and elevate their status to an internationally-recognized source of knowledge about beer, mead, and cider styles.

The title of BJCP President Emeritus confers the following rights, privileges, and responsibilities:

The title of President Emeritus confers no remuneration, rights, or benefit in addition to those provided above. Emeritus status does not grant any of the authority or administrative functions associated with holding a BJCP representative, officer, or staff position. The award of the President Emeritus title does not preclude future service to the BJCP as appointed staff or elected representative provided other qualifications for those roles are met.

Gordon continues to serve the BJCP as Chair of the Styles Committee.